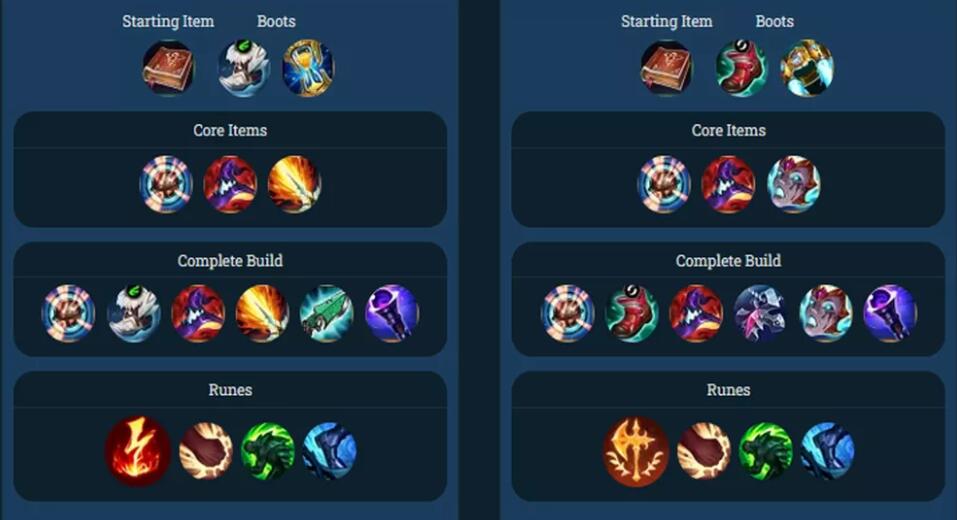 The Embrace of Agony, Evelynn, is one of the champions available to play in Wild Rift. As in League of Legends, the character is primarily known for her invisibility and combinations that can melt the opponent’s life. Although many don’t like to face her so much, the champion is a fun option to play, especially when you understand well what her arsenal of skills is capable of. Here are some tips for using Evelynn in the wild. It is worth remembering that the patch used for the guide was 3.2a.

Demonic Shadow (Passive)
Passive is Evelynn’s primary resource in Wild Rift. Once she reaches level 5, she can enter Shadow Demonic mode and become invisible to opponents. This invisibility activates after not attacking or casting abilities for 4 seconds. When the champion assumes this form, the player will be able to see a circle around her, indicating that this is the limit of invisibility when approaching an opponent. It is worth remembering that if Evelynn takes any damage, the Demonic Shadow goes on cooldown for 1.5 seconds. The passive still count on health and mana regeneration when Evelynn is below 320 health.

Evelynn’s most used skill is the Thorn of Hate. With it, the champion launches two lines of spikes that deal magic damage to her target. This is the hunter’s primary resource for clearing the jungle and dealing constant damage to enemies, mainly because of its low cooldown, which allows Evelynn to use them often.

Fascination
The Fascination skill is Evelynn’s primary crowd control. When using the skill, a heart begins to form above the target. This heart indicates a kind of curse, which can cause a slow or a charm, the maximum effect that will make the target walk towards Evelynn. Both effects depend on how long the Fascination has run on the opponent. If it attacks the target right after cast, the effect will be slow. However, if you wait for the Fascination to complete, the primary attack or skill will activate the charm. This is Evelynn’s greatest weapon when it comes to ganking.

Whiplash
A significant source of damage is Whiplash. This skill can be used in two different ways. The standard form will have Evelynn perform Whiplash very close to the target, dealing magic damage and still gaining movement speed. If Evelynn has Demon Shadow activated, Whiplash will have a slightly longer range and still receive a bonus magic damage.

Last Caress (Ultimate)
Evelynn’s Ultimate is an execution skill. This means that you will deal more damage to your target if they are below a certain health level. When activated, Last Caress damages the area in front of Evelynn, who is invulnerable during this time and causes the champion to be thrown back a few steps. It’s essential to eliminate the target before using Last Caress. However, because of the extra effect, the Ultimate can also be used to escape when needed.

Order of skills
There’s not much mystery about Evelynn’s order of abilities. As Thorn of Hate is a low-mana-cost, low-cooldown ability that can still hit more than one target simultaneously, the champion needs to be able to clear the jungle quickly in the beginning. The ideal is to focus on the Thorn of Hate as much as possible, always putting a point in the Last Caress when possible, and start evolving the Whip soon after.

Spells, Runes, and Builds
Evelynn will go to the battlefield with the Smite spells, as she is a hunter of origin and the Flash. Their runes and item build also don’t have many variations. In general, you should choose runes and items that can make the most of Evelynn’s assassin potential. However, if the opposing team has a lot of tank champions, it may be necessary to make small changes.

Evelynn’s Standard Runes
Electrocute – Guarantees good damage when performing combos with her attacks, something simple for Evelynn to do thanks to Thorn of Hate;
Brutal – Its effect is simple: grant bonuses to ability power and magic penetration;
Adaptive Carapace – In addition to granting bonus health, this rune provides adaptive bonus resistance when you are below half health;
Trailmaker – Gain movement speed in bushes, jungle, and river when not in combat, making Evelynn’s rotations easier.

Evelynn’s default build
Infinite Orb – This item’s passive works perfectly with Last Caress, increasing its execution damage. The item still has magic penetration and movement speed;
Boots of Swiftness – This item’s movement speed will make Evelynn’s life easier when trying to ambush her enemies. Also, use the Swift Stasis enchantment to have a protection feature in fights;
Rabadon’s Deathcap – An item with the functionality to increase Evelynn’s ability power significantly;
Lich Bane – This item’s passive causes the primary attack to deal additional magic damage after using an ability, which will further boost the champion’s combos;
Hextech Blade Pistol – Another item that will grant bonus damage and still slow the target;
Staff of Void – Essential item when opponents build to defend themselves from Evelynn’s power. The Staff of Void grants enough magic penetration to bypass much of the enemy’s defense.

Runes and situational items
Conqueror – An alternative to the Electrocute rune is the Conqueror. With it, Evelynn’s damage will increase the longer the fight goes on. It’s the perfect option when you’re playing against very tough champions;
Ionian Boots of Lucidity – In addition to movement speed, these boots have some skill acceleration as well;
Ionian Protobelt – The enchantment has an action that causes Evelynn to dash forward and launch projectiles dealing damage to the target. This advance can be interesting to ensure a faster approach as well;
Banshee’s Veil – In addition to the item granting magic resistance and ability power, it has a shield passive. This shield nullifies the next ability the opponent uses, which will give Evelynn more peace of mind when attacking an opponent;
Liandry’s Torment – ​​Receives increased damage the more extended combat takes. Like the Conqueror rune, this item is an exciting option against more formidable opponents.

Counters
The Doctor. Dr. Mundo, Olaf, and Xin Zhao are Evelynn’s top jungle counters. Mundo has a lot of magic resistance and health regeneration, which decreases the chances of dealing heavy damage to him. Olaf can clear the jungle with a lot of speed and can do neutral objectives by himself. Evelynn is still an easy target early in the game for Olaf, forcing the champion to do her best to avoid this 1v1 jungle duel. Xin Zhao brings a similar problem to Evelynn, who will also not be able to fight him in the first few minutes and will have to respect him so as not to be even further at a disadvantage.

Tips
Thorn of Hate can damage more than one monster in the wild. Try to take advantage of the potential of this skill to clean the monsters with more speed;
Up to level 5, do your best to avoid confrontations with your opponents in the wild;
Make the most of your invisibility to press the map and gank to help your team;
Avoid risky pickoffs when you don’t have the Last Caress ready to go. The ultimate is essential to ensure elimination and its safety;
It’s important to remember that Evelynn doesn’t have a lot of resistance and can be taken down quickly if hit by any crowd control. Therefore, she calculates her actions well before starting a fight;
Although it’s interesting for your team to guarantee kills around the map, don’t forget that Evelynn is a hunter and that she needs always to be paying attention to the good times for the realization of Dragons and Baron.