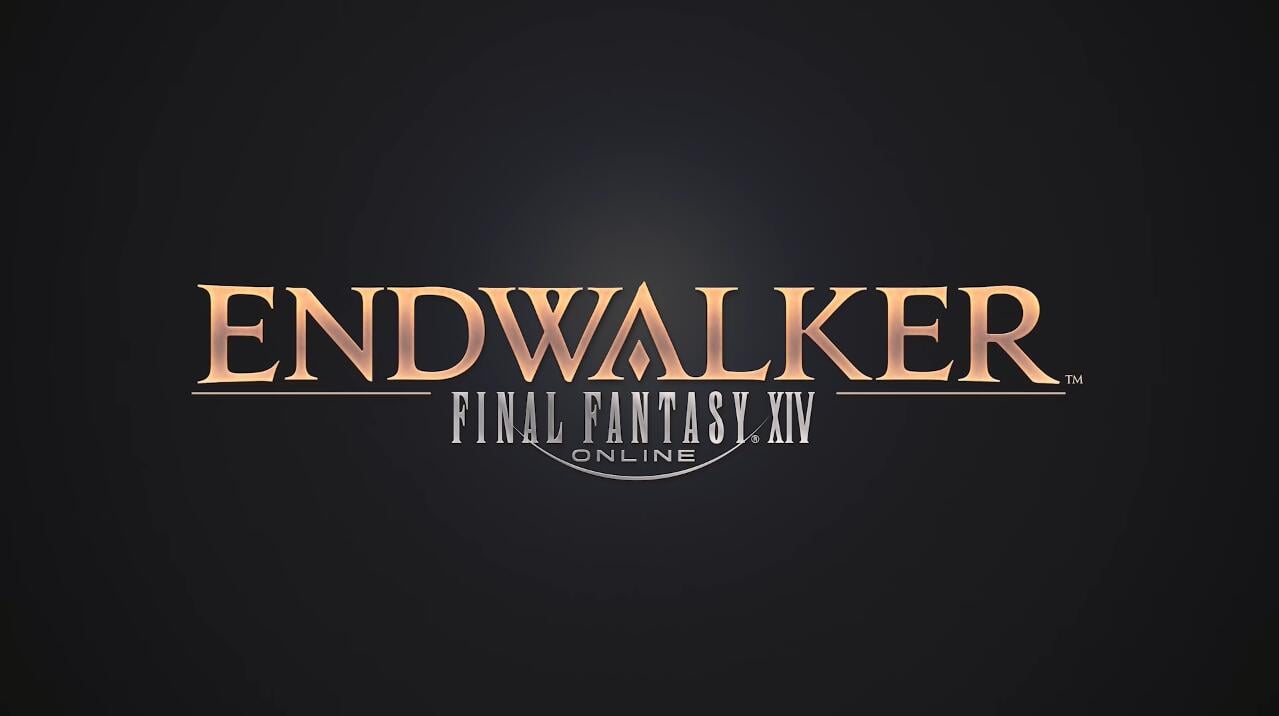 Many different MMORPGs are available on PlayStation, Xbox One, and PC. Which one is the best for you depends on what you are looking for in a game? Do you want an immersive world to explore? Then you might want to try a game like World of Warcraft or The Elder Scrolls Online. These games have huge worlds with plenty of things to do and discover. Do you want fast-paced combat? Then you might want to try a game like Blade & Soul or TERA. These games have exciting combat that will keep you on your toes. Do you want to be able to customize your character? Then you might want to try a game like Guild Wars 2 or Final Fantasy XIV. These games let you create a unique character that reflects your playstyle. Ultimately, the best MMORPG for you is the one that has the features you are looking for. So take some time to think about what you want from a game before choosing one to play.

Final Fantasy XIV
Final Fantasy XIV is an MMORPG from Japan that immediately stands out in its staging and strong story focus. In recent years, the game has become one of the most popular MMORPGs, largely thanks to regular updates and good content.

FFXIV Features:
huge game world
very focus on the story
Various occupations that one character can switch to
Deep Production System
Dungeon and raid-style challenges of varying difficulty
Especially in the final stages, the game convinces with its raids and all kinds of content that can let you vent.
However, some critics say that getting into MMORPGs is very difficult. This is due to old courses and sometimes hard battles. However, once you reach Heavenly Expansion, things get more dynamic and better.

How does Final Fantasy XIV perform on consoles?
On consoles, Final Fantasy XIV is currently only released on PlayStation, but cross-play is available on PC. So both versions are the same.
As far as performance goes, MMORPGs do well on consoles, but at least on PS4, you should expect longer load times than on PC. The controls also work smoothly and are very intuitive, although getting a specific target in a large group is complicated.

What happened recently?
In December 2021, a new expansion, Endwalker, will be released. Among other things, this brings a new max level, two new jobs, new areas, dungeons and raids, and some innovations in housing.

Who is FFXIV interested in?
Final Fantasy XIV is for fans of JRPGs and fans of classic tabbed MMORPGs. Tons of story content, dungeons, and raids await you in the game. These have to be solved in groups and can be tricky.

Black desert
Black Desert is a sandbox MMORPG that values ​​player freedom. You should be able to explore the world the way you want.

This includes the following options:
Unlimited upgrades as there is no max level
Grind for better gear
Improve 11 life skills such as fishing, hunting, and gathering
Build your network of workers, create production chains to earn coins
build your own house
Shipbuilding and sailing the world
Plunge into PvP and conquer outposts with your guild
The most convincing thing about Black Desert is its extensive character editor and action combat system. Because all attacks feel powerful in Black Desert, you can hit dozens of enemies with one ability and dodge them gracefully with lightning speed. For many genre fans, Black Desert has the best combat system of any MMORPG.
You also have 21 different classes to choose from at the start, so there should be something for every type of player. Two to three new courses are added each year. Meanwhile, there are season servers where you can level up quickly without PvP.
However, the freedom of Black Desert comes at a price. Because the game does not have an in-depth story and a clear order of tasks. Also, at certain levels, PvP is activated in the open world. In addition, the grinding rate is high, and when upgrading equipment, it can be damaged or even destroyed.

How does Black Desert perform on consoles?
Many skills already rely on the combo system on PC. For example, you can press the “F” key and move backward to activate ability 1, or press the “F” key and move forward to start a different capacity.
This fact makes the control of the controller relatively simple, despite the wide range of functions. Additionally, MMORPGs offer cross-play between PlayStation and Xbox, but not PC. It has its server here.
Performance on the console is fine unless you’re battling too many players in one place. Then there may be losses.

What happened recently?
Black Desert is regularly updated for PC and consoles. However, the console version is slightly behind the PC version.
Still, in December, winter kicks off on consoles, with major class rework and the latest changes from Conquest also playing on consoles.

Who is Black Desert interested in?
Black Desert is aimed at sandbox lovers who are not bound by the story but want to move freely in the game world. In the Black Desert, you can live the life of a craftsman, merchant, or even the owner of large guilds and territories. But all this always comes with a lot of hard work and discipline.

The Elder Scrolls Online
The Elder Scrolls Online isn’t a classic MMORPG because it relies heavily on the single-player aspect. For example, you can do whatever you want with every level in every area of ​​the Tamriel game world, as you automatically zoom to the most significant level in the background.
ESO’s unique story and setting of the game world are compelling. You already know many iconic places from The Elder Scrolls game and the famous compass instead of the minimap.

Game Features:
avast game world
Fully voiced missions and exciting story
Various dungeons
Server vs. Server PvP
Extensive housing system
Regular updates, at least quarterly
The Elder Scrolls Online relies on a dissenting action combat system. Some people find it particularly pleasant, while others find it slightly clunky and not very precise.
ESO’s performance has also been criticized, which is not convincing in some new areas and PvP area Cyrodiil. Also, it would help if you now had a lot of DLC and the all-important crafting pack, which pretty much forces new players to subscribe to ESO.

How does ESO perform on the mainframe?
ESO playback on the console is very smooth and intuitive. With few skills, the combat system is excellent for controller control.
Graphically, you can tell that the PS4 and Xbox versions are a bit skinny compared to the PC version.
ESO doesn’t offer cross-play to PC, so this version is always a few days behind. DLC and expansion packs are usually delayed by 1-2 weeks due to the activation process on the console.

What happened recently?
The latest DLC was released in November, bringing new regions and new sets. This also completes the story of the Blackwood expansion, which will be released in the summer of 2021.
The expansion brings NPC companions to support you in battle, the vast Blackwood area, and new raids. Additionally, two new dungeons were released in the spring and fall.

Who is ESO interested in?
ESO is all about fans of the single-player, action-packed combat system and, of course, an event for nerds who love the world of The Elder Scrolls. Zoom allows players to jump straight to the latest content if they choose, allowing them to play with friends whenever they start.
The action-packed combat system and exploration of the vast game world ensure fun.

Neverwinter
Based on the world of Dungeons & Dragons, Neverwinter is one of the most successful MMORPGs on the market. You will create a hero in the game, follow a fixed story with him, complete missions, and enter a dark dungeon.
The focus of the game is the story. You don’t level up by experience but by completing story missions.
The game world is divided into many instance areas and dungeons
The combat system is dynamic and features dodge. have fun
Group content is the focus, but many things can also be done individually
There are many ways to customize your character
Neverwinter convinces with the vast amount of content it has accumulated over the years since its release. Dungeons & Dragons fans, in particular, get their money’s worth here.

How does Neverwinter perform on consoles?
Above all, Neverwinter convinces with its action-packed combat system on the console. The MMORPG that initially only appeared on PC can be played without problems with few skills.
Performance on PS4 and Xbox One is good, but not great. The PS5 and Xbox Series X/S versions run smoother and load faster. Overall, though, Neverwinter Nights is a bit better graphically on PC.

What happened recently?
Neverwinter is updated regularly, and the console version is one version lower than the PC version.
In 2021, Neverwinter City released new occupations, areas, etc., and overhauled the level system.
Innovations for the coming year have been announced. A new console version of the Dragonblight update is scheduled for release on February 8, 2022, bringing new quests, a new adventure zone, and a grappling hook as a means of transportation.

Who is Neverwinter interested in?
Neverwinter is an MMORPG for story buffs, D&D nerds, and gamers who love to experience action-packed combat. Dungeons and bosses, in particular, are a big challenge and can be fun in a team.

Conclusion
After much discussion, we’ve concluded that the best MMORPGs on PlayStation, Xbox One, and PC are as follows:

On PlayStation, the best MMORPG is Final Fantasy XIV. It’s an incredibly well-polished game with a ton of content to keep players engaged for hours on end. The storyline is very engaging, and there’s a great deal of customization available for players to make their characters unique. There’s also a good amount of player-versus-player combat, making it an excellent game for those who enjoy competition.

On Xbox One, the best MMORPG is The Elder Scrolls Online. It’s a visually stunning game with a large open world to explore. There’s a lot of freedom in how players can choose to play the game, and there are tons of things to do. Whether players want to quest alone or with friends, there’s always something to do. The Elder Scrolls Online also has excellent player-versus-player combat, making it a perfect choice for those who enjoy competitive gameplay.