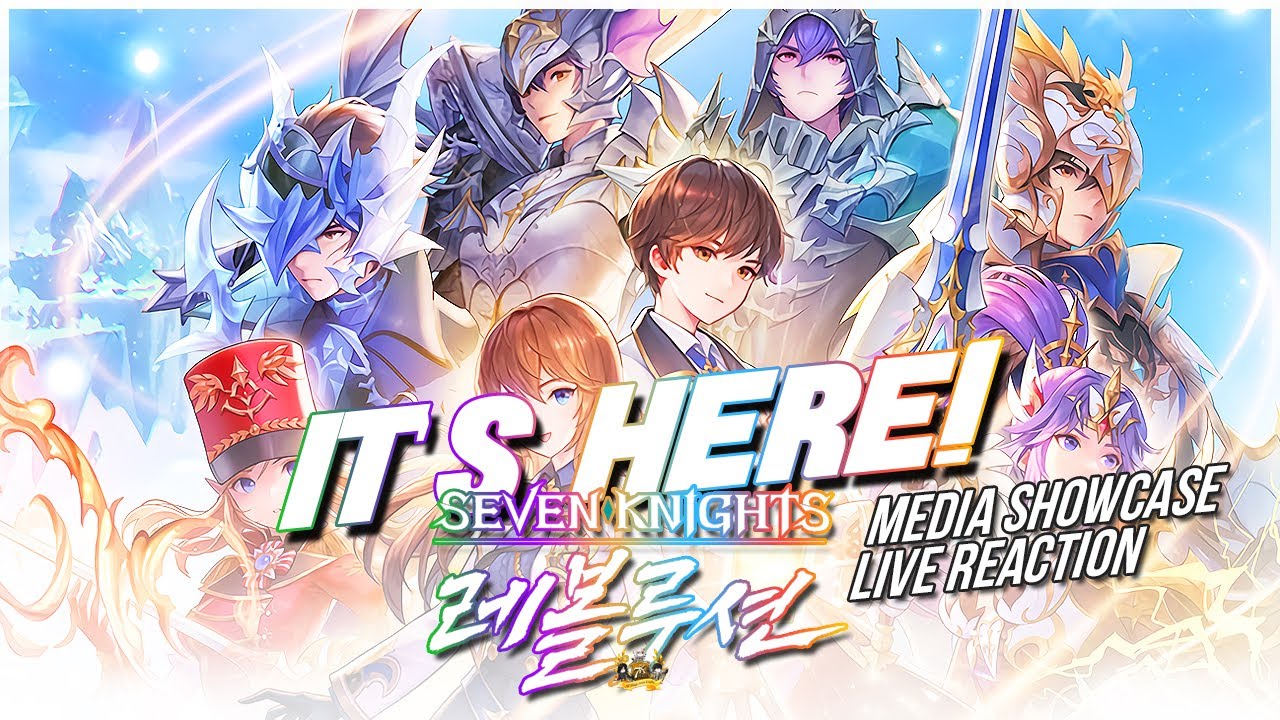 Netmarble, who has slowed down in the first half of this year, will showcase the expected work for a long time. It is a Seven Knights Revolution, which combines Seven Knights and Revolution, a representative title.

Netmarble will launch Seven Knights Revolution on July 28 through Google Play and Apple App Store. The first time the game was released was G-Star 2019, and the development period was four years. For the reason why the development period is longer, Netmarblexus Ahn Jun-seok, the development manager, explained, It took a lot of time to combine the CCG (Card Collection Game) and MMO to reinforce the two gameability, balance and find fun points..

More specifically, it can be said that it combines the advantages of Seven Knights 2, which was produced as MMORPG for the first time in Seven Knights’ fun and series. While emphasizing the fun of the original works of a variety of unique heroes, unlike the original play-oriented work, the MMO element with other users was added in the open field.

The same hero depends on weapons and attributes

Ahn Jun-seok, general manager, said, If you transform into a hero card, you use the unique skills of heroes, not just your appearance. Seven Knights Revolution is a non-targeting battle, and when you press the button to meet the timing with the default attack, the action is triggered by the action, the special machine that can escape from the crisis or reverse the charter in a particular situation, and also use the press. Can.

In addition, even the same hero has a hero card with different weapons and attributes, with different characteristics for each card. Rachel, one of the previous heroes, has a Laypier version, but a hero card with a gun. Subsequently, the attributes are 6 kinds of fire, water, wind, land, light, and darkness, and you can get additional damage by matching the deck in consideration of monsters and hero attributes. The class varies depending on the weapon used by the player character, and the type of weapon is a gauntlet, a magic gun, a spear, and a sword plaque.

There are over 100 heroes, including 20 previous heroes. After launch, one new hero will appear every month. Hero cards can be obtained through story progress, production, and summoning (drawing), and three of the cards you acquired can be organized in the deck and can be used according to the situation. Ahn Development said, There are also productions and summons, but it can be enjoyed as a hero that can be obtained through the story. I made it.

I will introduce MMORPG focusing on cooperation rather than competition

If what I mentioned earlier was the focus of the original inheritance, the part we will look at is the MMO element that was not seen in the previous work. Seven Knights Revolution shows the Simry Open Field, which has no channel distinction in the field where the East and West are combined. The direction that the crew pursues is MMORPG centered on cooperation rather than competition. Based on this, you can enjoy the main story, dungeon strategy, and PVP that supports easy, normal, difficulty, and difficulty.

First of all, the dungeon consists of a large boss and hero dungeon. First of all, the giant boss can work with one or up to eight people to target the boss, and if you have a hero with a suppressor, you can progress more favorably. Subsequently, the hero dungeon is a dungeon where the Seven Knights Heroes appear as a boss, which can be given to how much the character has grown. In addition, rune adventure dungeons are hidden throughout the field. Ahn Development said, You can discover new dungeons with runeestones acquired during play and share the discovered dungeons with other users. I’m inviting a friend or a random party to target it.

Can Seven Knights Revolution go beyond the previous work?

Seven Knights Revolution has been making a reservation for Google Play since December last year, and since the 16th, the Apple App Store has begun pre-booking. It is also serviced as a PC with mobile. Ahn Development added, We are aiming for a cross platform, so we are responding to various operations systems, and we will prepare for mobile game pads. In addition, it is currently focusing on domestic services, but is preparing to enter the global market as soon as possible when development is stabilized.