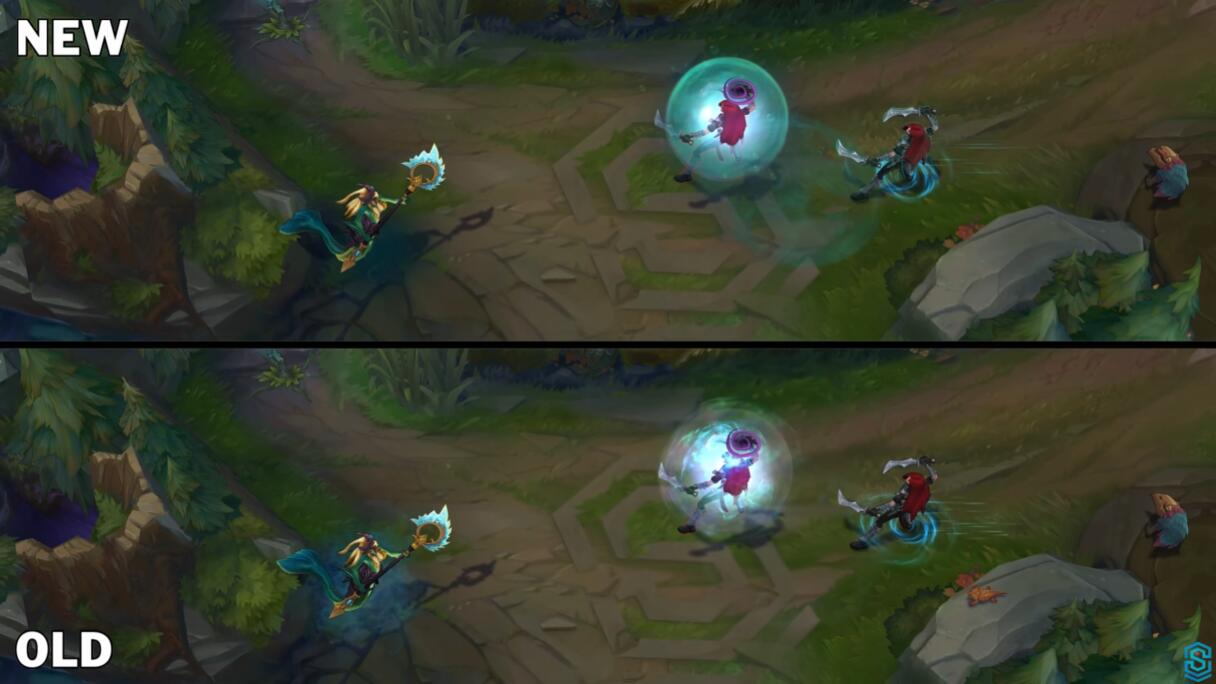 This season, one of Riot Games’ significant commitments is to update League of Legends champions that have resisted the worst over time. In some games, they showed an update to the gameplay or even a complete rework like what Udyr would receive. However, developers’ most common thing is visually updating the character’s abilities. We’ve seen this all year, and it will be repeated in the next patch, 12.10, where Nami will get new visuals.

All changes to Nami’s abilities
This is a big update for Riot Games at its lowest level, so we shouldn’t expect new models or gameplay changes. Heroes will get supplemental changes in the next update, but these are separate and part of Riot Games’ plan to improve hero durability. Both the hero and her skin will be tweaked in the next patch, which will only affect the visual part of her abilities. In this sense, the adjustment is only aesthetic. There are two goals: to make the champ prettier overall and get her to a better clarity standard.

Using the champion’s base model as a reference, Nami will receive the following changes:

Basic Attacks: Hero hits have been recolored, but no significant changes.
Q – Water Prison: The bubble’s shape is more pronounced, and its hit area is marked with a darker tone in the area of ​​effect, which makes it easier to identify.
W – Undertow and Surge: Simplified visuals and revised colors. It turns blue when it hits an enemy and green when it heals allies. This has happened before, but it’s more pronounced now.
E – Tidal Blessing: Bubbles now have a more defined shape. The primary attack works on the current model.
R – Tidal Wave: Much softer shapes and colors.

According to the official Riot Games update schedule, these changes will come in the next patch, 12.10, which is scheduled to be released on May 25. Additionally, they will affect all hero skins to varying degrees.