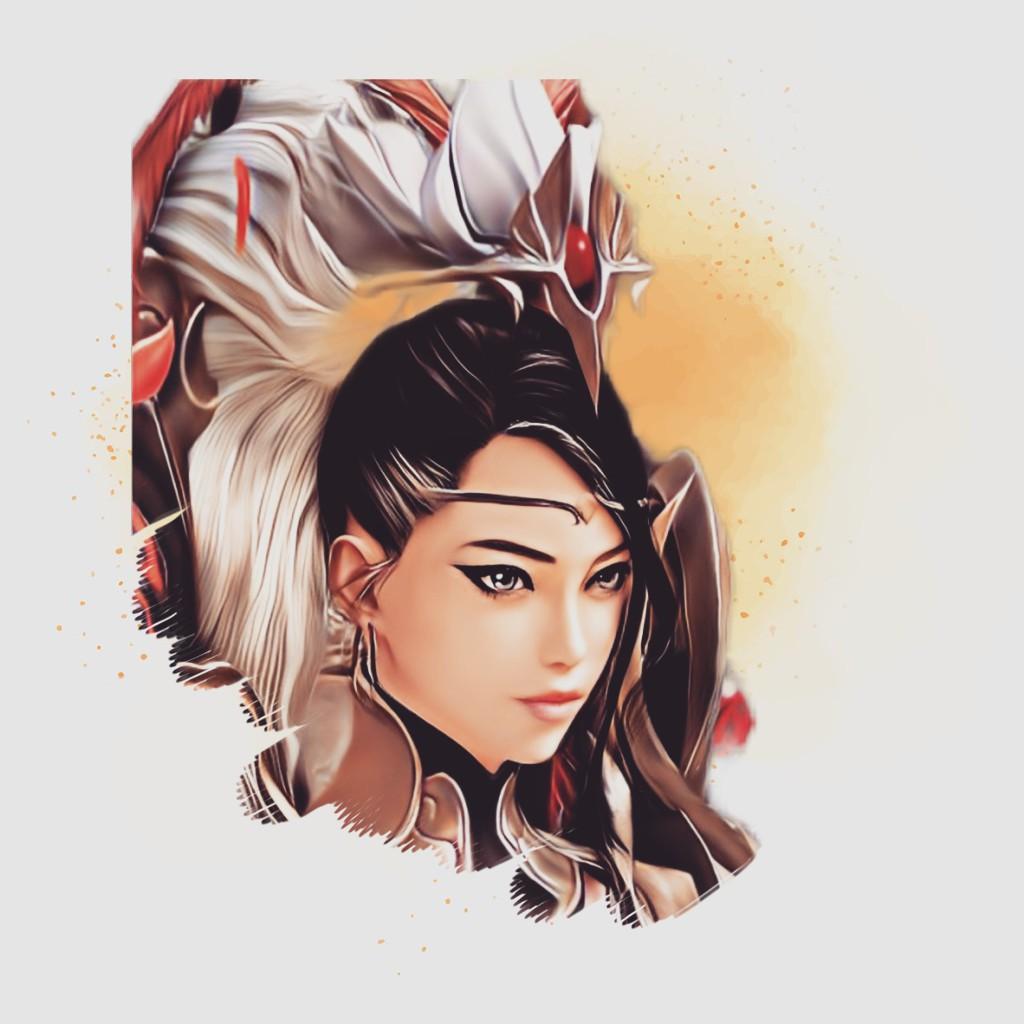 I’ll say some RPG like Oblivion or Vampire: Bloodlines or a building game like Anno or Pharaoh. But that’s a filthy lie. Yes, I love all of these games, but there is one that has drawn me into the beautiful world of video games like no other. One that I’ve put well over 1,000 hours of my life into and without which I might never have become a game editor.

And this Game is so bizarre, disturbing, feverish, buggy, and wonderful that I’ve decided to keep this chapter in my life to myself so far. How else could I put into words what a completely unknown spin-off for The Sims for Nintendo DS did to me and my emotions?

But today, I want to break that silence. Because I want to share with you the glory of this adventure, let me tell you a story about a hotel management sim in the wild west, alien autopsies, robot invasions, murder and manslaughter, and unbelievable bugs. Let me tell you a story I’m sure you won’t forget – about The Sims 2 for the Nintendo DS.

What is this game anyway?
If I were to say that this adventure starts quite harmlessly, I would be lying again. After all, it starts with one of the first characters in the Game telling me how giant scorpions ate his fiancé. He tried to catch a meteor with his bare hands to forget the pain. And I can already tell you that this is one of the most harmless dialogues in the whole Game.

But at least the premise sounds relatively harmless: As a self-made character, I am stranded in the desert with my car in a small but mighty place called Strangetown – one of the few ties this Game even has to the original The Sims 2. This little town consists only of a cow’s pasture, a supermarket, a western saloon, and a prison. And a mysterious hotel. Its owner disappeared without a trace a few hours before my arrival, and since I’m stuck here anyway, power over the hotel is handed over to me without further ado. One might think it was a coincidence if the old owner hadn’t left me a strange letter.

The Sims 2 DS is meant to be, and to some extent, it is a hotel management sim. I furnish the hotel’s rooms, build new attractions like an art gallery, a saxophone bar, or a casino in the courtyard and try to be in the black. There is also an adventure story consisting of several missions that need to be completed. And then the whole thing in real time based on the time of my DS. But that’s just the skeleton for something much bigger.

An extraordinary city
Let’s start with the city itself. It manages to be so inviting at the same time that I spent half my youth in it, but also so oppressive that it gave me nightmares regularly. Some days, the dusty, desert air covers the city like a gray veil. On some days, steppe runners blow through the streets and support the feeling of being trapped in a mysterious parallel world. On other days it rains like cats and dogs, so I can’t see my hand in front of my face.

And you might be thinking that I’m just reading a bit too much into this, but no: the eerie atmosphere of The Sims 2 DS is entirely intentional. My life bar, for example, which I fill up with food, sleep, and so on, just like in the PC parts, is called “Sanity” here. Whenever my sanity hits zero, I either end up in jail and get tripped by the town’s busty aging barmaid — or the Grim Cowboy dumps me into my room, where I listen to disturbingly slow music, wake up and have trouble moving my legs.

And I’m not the only one suffering from an ever-increasing delusion. The residents of Strangetown are also constantly fluctuating in their moods. I can answer every emotion with a reaction game and receive a reward. Sometimes they are severely depressed, sometimes almost inappropriately romantic, sometimes … something else. The Game calls it crazy. I call it may come into your house at night, laugh maniacally, burn everything down and puke on your carpet.

But who am I to judge her? After all, one of my first missions is to set fire to Mayor Heinz Ehrlicher’s office. Like what? Sorry, I didn’t know the mysterious package from mob boss Frankie Fusilli was a bomb. You can’t trust anyone here anymore.

Unforgettable Characters
The characters in The Sims 2 DS are just terrific. Some have appeared in other handheld games, and some were written primarily for this Game. Said busty older barmaid who regularly bails me out of jail? She’s drunk, hits on all the men in town, and is also the mother of Eber-Eddie, the well-known biker who tries to appear dangerous but still lives with Mama.

Bruno Mezzoalto is a crook in a black knitted hat and leather jacket who rips everyone off but has a heart of gold and keeps spouting phrases like Ehhh, Rapedigia! in Similac Fake Italian. Horus Menhoset IX, on the other hand, is a living mummy that I’m resurrecting after accidentally helping gothic lady Ava Kadavra spread a secret cow cult in my town. Please what? No, I didn’t make that up. I wish I had that much imagination.

Then, of course, there are the non-dialogue NPCs – like all the hotel clerks and clerks who have a detailed portrait and their name but can’t do anything but stare at me blankly and do their job as an NPC. But even those are profoundly and bizarrely written! For example, the supermarket cashier is an alien teenager who can be sold spaceship parts found in the desert with a metal detector. It is rumored that he wants to use it to repair his spaceship to fly home to his family. He never speaks, but while standing behind the cash register, he can sometimes be seen sniffling unobtrusively and wiping his nose on his sleeve in dejection.

Oh, I can find that spaceship too, by the way. It is deep, deep in the desert in front of the town, guarded by two cows. I get a milkshake if I knock them over and then milk them. As soon as I enter the desert, my sanity is sinking at a furious pace, and only the milkshakes can save me. Sometimes I see one or the other Fata Morgana on the horizon. Sometimes I find an alien corpse in the sand, which I can then get rid of its organs on my dissection table to sell them. Scary enough during the day, but I only set foot in the desert at night when I had to.

History in real time
The time in Strange Town was always adjusted to the time of my DS – and therefore, every single event was very personal. If I had to wait days for residents of my town to be freed from the Big Cow’s spell (don’t ask), then I’d have to let several days pass in real time. When mafia boss Frankie Fusilli told me to bury a rumbling human-sized box in the desert, I could only do it in the black of night. I still remember how I secretly committed a serious virtual crime with the DS under the covers and scared myself.

Sure, you could have just changed the time on the DS and cheated – but that wasn’t a good idea. Because every time I had to adjust the time, an alien invasion descended on my hotel, which I had to defeat with my water gun. And this alien invasion still gives me goosebumps today. Everything moved only in slow motion. On the horizon stood long, thin figures who talked in an otherworldly language and rushed towards me as soon as they saw me. There was also a soundtrack that still sends shivers down my spine to this day:

Alien invasions could also occur at any time outside of this anti-cheat system. Not to mention the robot invasions, of course. Good thing I still had an alter ego as a rat superhero. Unfortunately, as the Ratticator, I couldn’t interact with anyone in town because fear and terror erupted there as soon as I appeared as a human-sized rat. This leads me to believe that the Ratticator is a similarly sinister superhero to Batman – and not the hero Strangetown needs, but the one it deserves.

Speaking of robots, I was stuck for years in the story where an evil giant robot occupied my penthouse. Because to break in there, I needed five mechanic points that could appear in random places at more or less random times. And I didn’t get past four points for years, as it turned out, the only thing that stood between me and the credits. But that didn’t matter. I tirelessly played the simulation, creating new characters, starting repeatedly, and watching the seasons pass outside my window.