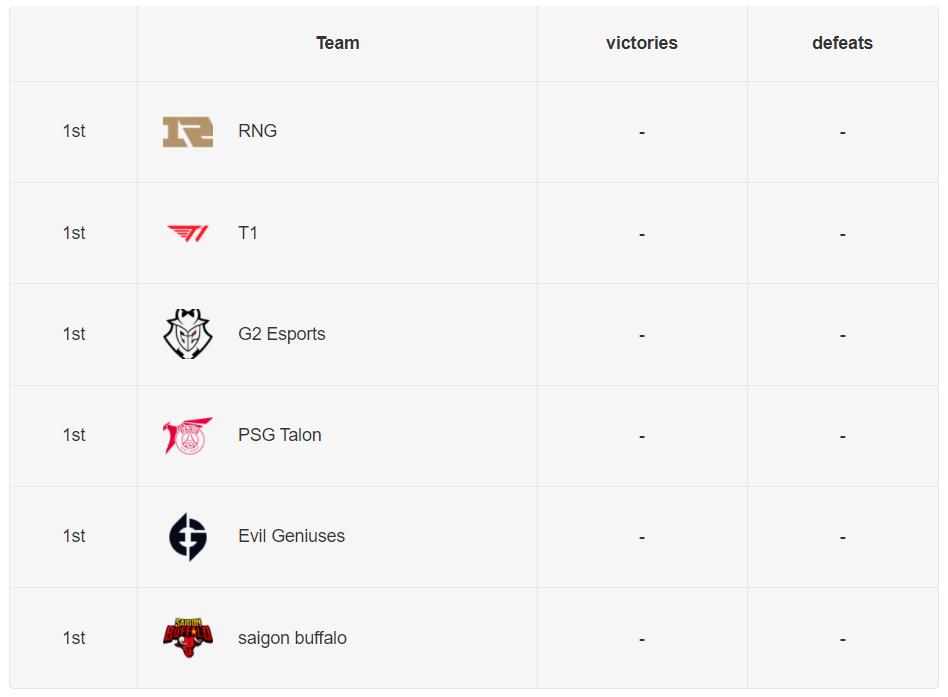 The League of Legends international competition returns with one of the most anticipated tournaments of the season. MSI 2022 kicks off in South Korea to offer champions from all regions the chance to be crowned the fittest team in the world. The mid-season tournament returns with the same format as last year, with all qualifiers starting to play matches from the start of a game that will last throughout May.

Here’s everything you need to know about the tournament. We start with a summary of the qualified teams and a review of the format, but in the following pages, you will find details of each phase (from the groups to the final), the schedules of each game, or the results of all the matches.

Teams qualified for MSI 2022
All foremost League of Legends regions have ended, and their champions will be able to enter the competition except for one. Riot Games has temporarily suspended its tournaments in the Russian area, so the LCL will not have the right to send any teams. In contrast to this situation, the teams of the VCT of Vietnam, who had been absent from international competitions for years, returned to the big tournaments. These are all the confirmed clubs that will participate in the tournament:

Teams were assigned to one pot or another based on their performance in recent international competitions. As we will see later, each group will be formed by the random combination of a set of each of the pots.

Saigon Buffalo finished second in the region, but GAM Esports could not attend due to their players being called up by Vietnam for the Southeast Asian Games.

Format of the MSI 2022
MSI 2022 will be played in person in Busan, South Korea, and there will be an in-person audience. The first stages will occur at the city’s Esports Arena and the final stages at the Exhibition and Convention Center. It should be noted that RNG (LPL – China) will compete remotely due to the inability to travel. However, matches will be held with a controlled latency (35ms) to ensure competitive integrity.

The tournament consists of three phases…
First Phase: There are three groups and the first two of each group qualify. Two of them are made up of four teams that compete against each other in a double round. There will only be three teams in the remaining group due to the absence of the LCL, and the teams will play each other four times.
Second Phase: A new group is formed with the two best classified in each league during the previous phase. The teams play in a double-round robin, with the top four advancing to the knockout round.
Semifinals and Final: Best-of-five single-elimination format. The semi-final pairing is determined by the teams’ position in the previous phase.

Prizes
Riot Games has not yet revealed the prize distribution for MSI 2022, although we know there will be a financial incentive of at least $250,000. To this amount will have to be added a percentage of the sales in the League of Legends client achieved with a selection of cosmetics related to the event that has also not been announced yet.
Riot Games hasn’t revealed how the tournament results affect qualification for Worlds 2022, but in the last edition, there were benefits for the regions based on the outcome.

The region with the best coefficient after MSI 2022 has an additional place for the world championship.
The champion region has a different place for the world championship. In case the champion and the best coefficient coincide, the other location is for the area of the runner-up.
Times, dates, and calendar of the MSI 2022
The MSI will feature four rounds of matches that will be played over 14 days of competition. So far, this has been the schedule revealed by Riot Games…

Where to see the MSI 2022?
As always, we will have different alternatives available to enjoy the broadcast of MSI 2022. In Spanish, the competition will be officially broadcast by LVP.
If you prefer it, we will also have the official Riot Games channel available, where the English streaming will occur.

Group stage
The groups for MSI 2022 have already been decided and will be made up of the following teams:

Note: Due to connection issues that prevented the matches from running smoothly, Riot Games has suspended RNG’s first-round matches, and the Chinese team will have to replay their matchups.

MSI 2022 Second Round – All Results
The second round is played with a unified group where the six qualified teams play each other twice.